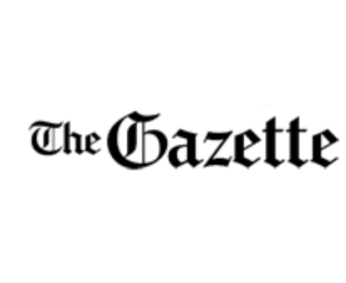 The cost of death is rising in Colorado Springs with the price of cemetery plots and funeral niches.
The Colorado Springs City Council heard a proposal Monday to increase prices to help cover costs at Fairview and Evergreen cemeteries in part
because of the rising cost of labor and water.

“Those cemeteries are very labor-intensive and very water-intensive and so those are some of the pressures we are feeling,” said Kim King,
recreation and administration manager with the city. The annual budget for the two cemeteries is about $1.5 million.
Fairview Cemetery on South 26th Street is essentially full and so the cost hikes will hit those purchasing space in Evergreen Cemetery near
Hancock Expressway and East Fountain Boulevard, a burial ground expected to serve the community for 30 to 40 years.

In January, the price of a basic plot at Evergreen will rise 11% to $1,450 and space for burying cremated remains is expected to rise between
15% to 50%, with prices ranging from $800 to $3,000. The most expensive cremation option, a cremation estate expected to cost $3,000, can
hold 15 cremated remains.

Space in a columbarium, an aboveground monument, is going up the most — between 46% and 59%, to bring the cost to $3,500 regardless of
level. Previously, the cost was tiered by row. A portion of the fees is invested so cemeteries can be cared for into the future.

The city attempted to hit a “mid-market” price with its cemetery fees, King said.
The community also has several private options for burial an internment including Memorial Gardens Funeral, Cremation & Cemetery and the
Shrine of Remembrance.
Funeral prices as a whole can vary dramatically, with the average price of a traditional full-service burial reaching about $7,000 on average in
Colorado, including a casket, according to Funeralocity, a consumer advocacy site.
Cremation, typically a cheaper option, is rising in popularity nationwide and in Colorado Springs, King said.
The city cemeteries saw 678 burials last year and about 50% of those were cremations, she said. About 10 years ago, the number of people
cremated trailed those who who opted for a burial by about half, she said. Last year, city cemeteries may have seen more cremated remains
because families needed to postpone funerals during the COVID-19 pandemic, she said
The Cremation Association of the North America expects cremation will continue rising in popularity and by 2025, 64% of all those who die in
the country may be cremated.

King said city ofcials are exploring new options to memorialize those who are cremated. For example, they may allow ashes to be placed in
statues or benches, she said.
Such options don’t require much space and can add the aesthetic of the cemetery, she said.

The city is also purchasing a new columbarium with 80 new niches to help meet demand, and expects to spend $50,000 on it, including
installation.
The council is expected to vote on the non-controversial price increases later this month. They will go into effect in January.