Home / Media Center / Dealing With Death? There’s an App for That

Dealing With Death? There’s an App for That 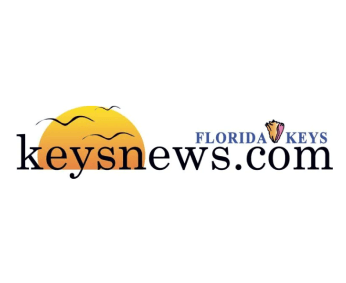 Before the pandemic, entrepreneurs Liz Eddy and Alyssa Ruderman had trouble getting venture capitalists to invest in their end-of-life planning app Lantern.
Potential business partners were skeptical as well.
“We would hear, ‘Oh, this is really a niche issue,’ which I think is pretty hilarious,” Eddy says. “Death is quite literally the only thing on the planet that affects every single person.”
The past two years have highlighted the importance of such preparation, even for younger people. Abigail Henson, a 31-year-old college professor in Phoenix, says she started using Lantern about 18 months ago to plan her funeral, tell her executor where to nd her passwords and explain what she wanted to be done with her social
media accounts.
“I’m a planner, and I have control issues, so the idea of being able to have a say in what happens following my passing was appealing,” Henson says.

Several apps, including Cake, Empathy and Everplans, among others, promise to
help.

HOW THE APPS WORK

Death-planning apps typically have free tools for consumers, and most have additional, premium services available for a fee.
For example, Empathy’s free offerings include checklists, articles and collaboration tools for family members dealing with a death. Those who pay a subscription fee of $8.99 a month or $64.99 per year can access a document vault and automated tools to close accounts. Subscribers also get around-the-clock access to “care specialists” who can answer questions and help users search for specialized advisers, such as attorneys or tax pros.
Everplans, a document-storage site and app, offers a free trial followed by an annual $75 subscription fee.
Lantern’s free offerings include basic preplanning tools, an after-loss checklist, document storage and collaboration tools. A one-time $149 fee provides access to more resources and the ability to create additional plans.
Cake’s free features include end-of-life planning, online memorials, a post-loss checklist and document storage. A $96 annual subscription buys unlimited storage, a legal online will and one-on-one consultations with the app’s support team, says Suelin Chen, Cake’s co-founder.
Some apps partner with employers, insurers, banks and other companies that provide the app’s features to employees or customers as a benet. The apps also may earn referral fees for connecting users with service providers. Lantern has a “Funeralocity” tool to search for funeral homes, for instance, and Cake partners with
Eterneva, which turns cremated remains into diamonds.

PLAN AT YOUR OWN PACE

Henson says she chose Lantern because she wanted a digital solution that allowed her to complete preplanning tasks at her own pace and share them online with trusted people. That felt more manageable than tackling estate planning all at once and storing the documents in a locked ling cabinet, which is what her mother has
done, Henson says.
“It can be really overwhelming to think about it in one sitting, but the idea that every once in a while you can pop in and add more is helpful,” Henson says.
People shouldn’t rely on apps to do all their estate planning, says certied nancial planner and physician Carolyn McClanahan of Jacksonville, Florida. Wills and trusts, for example, are tricky to draft and best done by experienced attorneys, she says.
But McClanahan likes apps that help with tasks such as funeral instructions, advanced care directives, pet care plans and obituary drafts.
“Anything that can get people to start thinking about planning for end of life is good,”
McClanahan says.

THINKING ABOUT YOUR LEGACY

Planning for your death can be a tremendous gift to the people you leave behind, sparing them confusion and stress. But dealing with death’s aftermath can still be a heavy load, made even more complicated by grief.
Families often spend thousands of dollars and hundreds of hours on post-death tasks, says Ron Gura, Empathy’s co-founder and CEO. Those chores can include arranging the funeral, probating the estate, closing accounts, canceling services and dealing with various government agencies, including Social Security and the IRS.
Apps allow people to answer a few questions and get personalized advice.

“We can show you only the things that you need to do right now and also tell you what can wait,” Gura says.
Death-planning apps primarily focus on practicalities, such as completing tasks and uploading important documents. But many also encourage users to think about their legacies.
Everplans, for example, has a worksheet to help people create an ethical will, a document that communicates their values, life lessons and most important experiences. Everplans also has templates and guidance for writing letters and creating videos with a legacy message.
Cake’s Chen says people often ask her if running a death-planning app is depressing. Quite the opposite, she says. Thinking about what we value and how we want to be remembered is an essential part, not just of the death-planning process, but of life, Chen says.
“It really gets at the core of what makes life meaningful,” she says. “I am reminded every single day to make the most of the time that I have.”