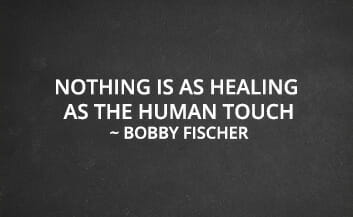 The last moments before death can be enlightening. Family and friends often listen carefully to hear the last utterances of their loved ones on their death bed. These comments can range from the practical to worldly advice to words full of wit, wisdom and warmth.

Here are some of the memorable last words from some of the world’s most famous artists, statesmen and entrepreneurs.

▢ Marie Antoinette (1755 – 1793), the last Queen of France, after stepping on her executioner’s foot as she approached the guillotine: “Pardonnez-moi, monsieur. Je ne l’ai pas fait exprès.” (“Pardon me, sir. I did not do it on purpose.”)

▢ Jane Austen (1775 –1817), English novelist, in response to her sister’s question about what she wished for: “I want nothing but death.”

▢ Lewis Carroll (1832 –1898), English writer most famous for Alice’s Adventures in Wonderland: “Take away those pillows. I shall need them no more.”

▢ Charlie Chaplin (1889 – 1977), an English comic actor, filmmaker, and composer, in response to a priest saying ‘May the lord have mercy on your soul’ while providing last rites: “Why not? After all, it belongs to him.”

▢ Sir Winston Churchill (1874 –1965), British statesman, army officer, Nobel Prize winner in literature and former prime minister of the United Kingdom: “I’m bored with it all. The journey has been enjoyable and well-worth making – once!”

▢ Thomas Alva Edison (1847 – 1931), American inventor and businessman, is often attributed with saying: “It is very beautiful over there.”

▢ Ernest Hemingway (1899 – 1961), an American Nobel Prize-winning author and journalist, to his wife before committing suicide: “Goodnight, my kitten.”

▢ Alfred Hitchcock (1899 – 1980), English film director: “One never knows the ending. One has to die to know exactly what happens after death, although Catholics have their hopes.”

▢ Luciano Pavarotti (1935 –2007), Italian operatic tenor: “I believe that a life lived for music is an existence spent wonderfully, and this is what I have dedicated my life to.”