Pre-planning a funeral can save thousands of dollars 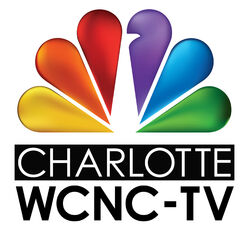 CHARLOTTE, N.C., August 31, 2021 – Consumer reporter Bill McGinty from NBC’s affiliate WCNC Charlotte profiled Funeralocity.com in a lengthy report on the funeral industry and why researching costs could be a major issue when planning services. McGinty interviewed Funeralocity founder Ed Michael Reggie, and also included an on-air demonstration and links to the site.

Approximately 70% of the time, people are waiting to make final arrangements until the time of need, and this can be very stressful and cost a family thousands of dollars. Dealing with the death of a loved one is difficult enough without the added pressure of making tough decisions about plans and asking about expenses. Pre-planning eliminates this burden.

Interestingly, while people shop around for the other major purchases in their lives, including weddings, homes, and automobiles, often times families do not consider doing this for funerals. “Eighty-three percent of the time, a family only calls one funeral home, and funeral directors know that no one is shopping around,” Reggie said.