By Ed Michael Reggie
CEO and Founder of Funeralocity

I attended a lot of funerals serving as an altar boy growing up, but I never knew much about death until I began working on an e-commerce startup in the funeral industry.

Death is a big business, but the $21 billion marketplace is not for the easily discouraged. It took more than two years to launch Funeralocity, an online platform that allows people to search and compare funeral homes by location. Working as a managing director of Future Factory, a company that starts and manages new ventures, this is the latest company I’ve brought to market. Despite having successfully launched other startups, I realized there were still some lessons to learn and others to relearn. Here is what I discovered. 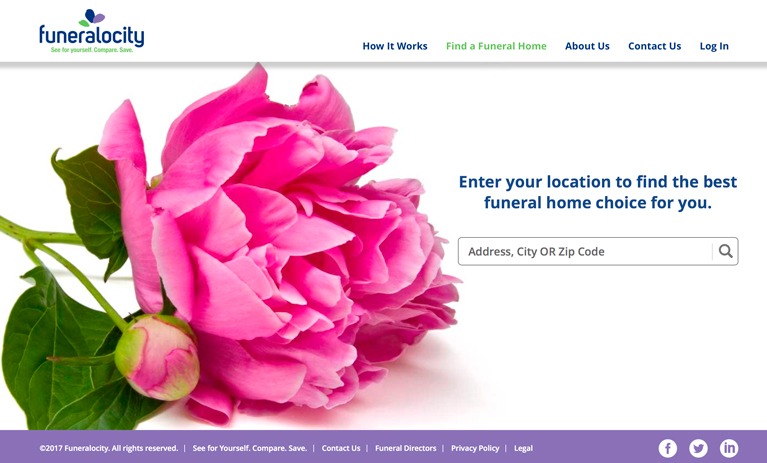 First, be open to good ideas wherever they come from. The idea for Funeralocity came from a passing remark by a former employee who recently had attended a funeral and said the process was too cumbersome. From there, I turned to the head of technology at Future Factory and said let’s figure out what we can do. While this is the formula for most startups, some mature companies won’t consider ideas that percolate from the bottom up in their business or come from the outside in.

Second, be open to hearing new information and don’t be afraid to change direction. When I first considered starting a web-based business to help consumers in the funeral industry, I believed people needed the convenience of booking a funeral on a specific date and time online. I quickly found out that such a tool wouldn’t address the true needs of consumers. I commissioned a survey that showed that people want increased transparency in the industry. They want to know what funeral services are available and how much they cost. I also learned that people plan, on average, 1.5 funerals in their lifetime, and often don’t know where and to whom to turn in making arrangements in their time of grief when all they want to honor their loved ones. Talking to a funeral director can help them make those decisions. The mission of Funeralocity went from creating a scheduling platform to building a website that allows consumers to compare in one place all the details of funeral homes in their area.

Third, build on what you’ve done in the past. As I was working on developing a business plan for what would become Funeralocity, I was repeatedly asked, “What do you know about funerals and the death care industry?” After all I had never planned one. But I realized I could take my experience in building consumer driven networks in other industries and apply that knowledge to the funeral industry. My team and I turned our attention to building an online platform that makes it easier for people to access information, ratings, reviews, photos, videos and pricing of funeral homes.

Fourth, just because you’ve identified a consumer problem doesn’t mean everyone recognizes it’s a problem. I was excited to bring my idea of Funeralocity to funeral directors and help them reach more consumers online. I had data proving that consumers wanted increased transparency and easier access to information about funeral homes and pricing. But funeral directors were okay with business as usual.

While they recognized that their audience had moved from the Yellow Pages to the internet, they believed that their websites provided the information consumers needed. Most of the websites, however, lacked the functionality that today’s online shoppers require. I knew Funeralocity could bridge that technology gap and provide them with the online presence they need.

Because funeral directors felt their online presences were sufficient, getting in front of them to convince them otherwise was tough. After knocking on many doors, I decided to attend industry conferences. I became a polite pest, following if not outright stalking funeral directors at these events. Eventually, I was able to get their attention and convince them.

Fifth, face-to-face meetings with co-workers are critical in the decision-making process. My co-workers and I kicked off the first business plan meeting with a conference call. This was the first time my core team in a startup was scattered across the country, and we thought we’d adapt and take advantage of the tools that make virtual collaboration efficient. This approach worked initially, but then I realized we needed to get into one room to hash out the details. This eliminates the need for dozens of emails on minor issues and prevents misunderstandings that could derail the project. Now I make sure we meet in person on a regular basis to ensure we are all on the same page and united in our direction.

Now that we’ve launched the website, I can look back and see how everything fell into place to get us to this moment. I always felt we’d get here, but I wasn’t always sure how.